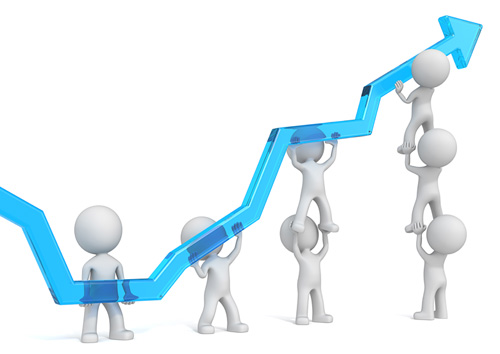 
19th September 2020 -  Moody's upgraded the credit rating of the City of Zagreb and Zagreb Holding 2nd October 2020 - New credit ratings of Zagreb Holding 29th May 2020 -  Published annual financial statements for 2019. 24th April 2020 - Supplement notice of publication of the annual report for 2019
Circumstances caused by the coronavirus epidemic (COVID-19) and the additional earthquake in the City of Zagreb affect the complex organizational and operational processes of the Issuer, which is why Zagrebački holding doo, despite its extreme efforts, will certainly not be able to reach the usual deadline, in accordance with Article 462 of the Law on capital market, to publish audited annual reports relating to the business year ended December 31, 2019. The reports will be published in the last week of May this year.  20th April 2020 - Notice of publication of the revised annual reports for 2019
In accordance with the measure of the Croatian Government concerning the regulation of the deadline for the publication of annual financial statements, Zagreb Holding, as Issuer, informs the investor community that reports for the previous business year, completed 31 December 2019, plans to release in the last week of May this year.
1th April 2020 - The renowned rating agency Standard & Poor's corrected the outlook on the credit rating of Zagreb Holding at 'B+' with a negative outlook on the current liquidity. The full text of the report is available at this link.
12th September 2019. The renowned rating agency Standard & Poor's affirmed on Monday, 9th September 2019. the outlook of Zagreb City Holding as stable and the credit rating at B+. 30th April 2018 -  Zagreb holding Group - Annual report (PDF)

Payment of all amounts due under the Notes, regardless of the tranche in which they are issued, is secured by an unconditional and irrevocable guarantee of the City of Zagreb.

All Notes, regardless of whether issued as the Frist Tranche Notes or the Second Tranche Notes, grant the same rights to their holders, as established by the Information Memorandum dated 29 June 2016 and repeated in the Second Tranche Notes Information Memorandum. The Issuer's obligations under the Notes are equal in relation to all Notes, regardless of the tranche in which they are issued. Both tranches of Notes are part of an integral issue of Notes up to the Maximum Total Nominal Value, with the same due date, interest rate and all other terms and conditions (except from issue yield and issue price).

The expected date of issue of the Second Tranche Notes is 3 July 2017.

The Issuer has engaged Privredna banka Zagreb d.d. and Zagrebačka banka d.d. as joint agents in connection with the intended issue of the Second Tranche Notes and their listing on the Official Market of the Zagreb Stock Exchange.

The Issuer will timely notify the public and interested investors on all material issues in relation to the issue of the Second Tranche Notes and their listing on the Official Market of the Zagreb Stock Exchange.

This notification is not and may not be deemed as an offer to purchase the Notes, or as advice or recommendation for trading with any existing or future security instruments of the Issuer.

In its last report published yesterday, Moody's, one of the largest international credit rating agencies, affirmed the credit rating of Zagreb Holding (BA3), changing its outlook from negative to stable. As stated in the report, the outlook was improved due to reduction of foreign currency debt, refinancing of bonds and stability of financial performance and liquidity, among other things. In addition, the outlook was changed to positive owing to continuous support provided by the City of Zagreb, which Moody’s recognized as strong institutional ties. The outlook of the City of Zagreb was also rated as stable.

The outlook has also been improved thanks to, among other things, successful refinancing of notes, stabilised relations between credit indebtedness and operating profit as well as the continuing support of the City of Zagreb, the outlook of which, as well as that of the Republic of Croatia, has also been affirmed as stable.

It is our pleasure to announce the issuance of the first tranche of notes of the company Zagreb Holding Ltd (“Issuer”), in the target nominal amount of HRK 1.8 billion, with maturity in 2023 (“Notes”).
Subscription Form is available in the section INVESTORS. Please note that the order book of Notes is open starting from today, 11 July 2016 (from 09:00 a.m.), until 13 July 2016 to 04:00 p.m. Please note that we hereby retain the right to an earlier closing of the subscription period on 13 July 2016.
Note: The manner of placing of orders is based on the Pot Orderbook.
The offer by a specific investor made to any Joint Issuing Agent is treated as a uniform offer of the same investor and is visible to all Joint Issuing Agents.
Please send the filled-in Subscription Form within the specified period, to one of the Joint Issuing Agents, pursuant to the contact data specified in the Invitation to Subscribe. 8 July 2016 Invitation to Investors to Subscribe the First Tranche of Notes of the Company Zagreb Holding Ltd

Zagreb Holding Ltd, Ulica grada Vukovara 41, HR-10000 Zagreb, Republic of Croatia (“Issuer”), hereby informs about the intention to issue new notes (“Notes”) up to the total highest nominal amount of the entire issue of HRK 2,300,000,000.00 (“Total Highest Nominal Amount”), in one or more tranches, with unconditional and irrevocable guarantee of the City of Zagreb, for all pecuniary liabilities of the Issuer towards the holders of Notes, which Notes shall be offered on the capital market in the Republic of Croatia, pursuant to the Capital Market Act (Official Gazette Nos. 88/2008, 146/2008, 74/2009, 54/2013, 159/2013, 18/2015, 110/2015). All tranches shall be part of a uniform issue up to the Total Highest Nominal Amount, with the same maturity, interest rate and other terms.
The funds raised by means of issue of Notes shall be used for the following purposes: (i) early redemption and/or repayment upon maturity of the existing notes of the Issuer issued in 2007 (EUR 300,000,000.00, interest rate of 5.50% per year, maturity in 2017, ISIN XS0309688918), given that the Issuer, within the period after the completion of the process of early redemption up until final repayment upon maturity of the existing notes (10 July 2017), may invest the available funds exclusively in pre-defined purposes; (ii) possibility that the remaining amount, after the settlement of liabilities on the basis of the existing notes, shall be used for the financing of the Issuer’s capital projects.

The expected maturity of Notes is 7 years following the issuance of the first tranche. Yield to maturity, interest rate and the price of Notes shall be established on the occasion of determining pricing terms of Notes. Interest shall be paid annually. Number of tranches, nominal amount of every tranche, the total nominal amount of issue of Notes, the price as well as other terms of Notes shall be determined by the Issuer.
For the intended issue of Notes and their listing on the Official Market of Zagreb Stock Exchange, the Issuer has engaged Privredna banka Zagreb d.d. (public limited company) and Zagrebačka banka d.d. as joint issuing agents, responsible for organising a series of meetings with the interested investors in Croatia. The exact time of issuance and number of tranches shall depend on market conditions and the Issuer’s decision.
Pursuant to the provision of Article 342, paragraph 1, item 4 of the Capital Market Act, the Issuer shall not publish a Prospectus on Issue of Notes or a Prospectus on Listing of Notes. Information Memorandum shall be available to the interested investors on the website of the Issuer.
The Issuer’s intention is to issue the first tranche of Notes in the highest nominal amount of up to HRK 1,800,000,000.00 (“First Tranche”). After the First Tranche, the Issuer may, but is not required, to issue further tranches of Notes, up to the Total Highest Nominal Amount, which shall represent a uniform issue of Notes together with the First Tranche. As to all possible further tranches of Notes, the Issuer shall publish in a timely manner an appendix to the Information Memorandum, in which shall be specified all terms of offer of issue of every such possible further tranche of Notes.
The public as well as investors shall be informed in a timely manner about all important elements of the procedure of the issue of the First Tranche of Notes, as well as every possible next tranche of Notes and their listing on the Official Market of Zagreb Stock Exchange.
This announcement is not and shall not be considered offer to buy Notes, advice or a recommendation for trading in the existing or future Issuer’s securities.

Other documents 30 June 2016 Announcement on launching early redemption procedure of notes listed on the Luxembourg Stock Exchange in the English language, which is the language commonly used in the international financial circles. 27 April 2016 The Management Board of Zagreb Holding has cancelled the Basic Collective Agreement with the employees of the Company due to a justified change of circumstances in the context of the legal entity’s business operations, numerous legislative changes on the national level, as well as for the purpose of ensuring compliance with the legal standards of the European Union and operational functionality of higher quality.
The former Basic Collective Agreement signed in the year 2002 had to be cancelled also due to inability of collective bargaining with trade unions, which were unable to meet legal requirements prescribed by law and failed to deliver the required proof on representation authorisation.

The Management Board remains open to continue collective bargaining with the employees’ representatives, announcing standardisation as regards duties and complexity of each job position. By means of the new Collective Agreement, which implies economic optimisation, allocation of financial resources would be made more sustainable. The new Collective Agreement also strives for significant improvement in the management of available human resources, as well as more efficient business operations. The Group is obligated to undertake internal organisational changes due to its social responsibility and general objective state of the economy.
The rights arising from the cancelled Basic Collective Agreement shall be in force for the next six months. 19 April 2016 Zagreb Holding Ltd hereby distances itself from the recent media claims, pertaining to the refinancing of its liabilities, in connection with the notes issued in 2007 (EUR 300,000,000, interest rate 5.50% per year, maturity in 2017, ISIN XS0309688918, hereinafter: “Existing Notes”). Zagreb Holding Ltd shall timely inform the general public on the selected model for refinancing its liabilities in connection with the Existing Notes, in accordance with all relevant regulations. 26 February 2016 In line with Article 398 of the Capital Market Act, Zagreb Holding Ltd, as the issuer of securities which are listed on a regulated market in the European Union, has chosen the Republic of Croatia as the home Member State. 8 February 2016 Zagreb Holding Ltd has opened preparatory activities with the aim of refinancing its existing long-term liabilities, including the liabilities based on the notes issued in 2007 (EUR 300,000,000, interest rate 5.50% per year, maturity in 2017). For this purpose, Zagreb Holding Ltd has engaged Zagrebačka banka d.d. and Privredna banka Zagreb d.d., as its financial advisors, which shall support Zagreb Holding Ltd in the process of analysing and selecting the optimal model for refinancing its long-term liabilities. If needed, the Company shall engage other advisors in this procedure.
Hvala!