July 21, 2021 - Since the last quarter of last year, when the introduction of a new register system on collected waste in recycling yards began, the number of users has been systematically monitored, and according to this records in the past period, there were more than one hundred thousand users.

One hundred thousand users, ie user, were registered by the subsidiary Čistoća on Tuesday, July 20, in the morning, in the recycling yard of Trnje. Married couple Zdunić, Biserka and Miro, who were given a special gift on that occasion together with the trademark of the subsidiary - a broom.

The Zdunić couple usually use the Trnje recycling yard, to which they bring waste that cannot be disposed of separately in the containers provided for that purpose, and it does not even have a place in the bins for mixed municipal waste.

They are familiar with the register system and with waste disposal in the recycling yard, that they must bring a payment slip from Zagreb Holding. They also point out that the behavior of some citizens is unclear to them, who, instead of using recycling yards, dispose the waste in nature or in public areas and thus show carelessness for the environment and orderliness of our city. 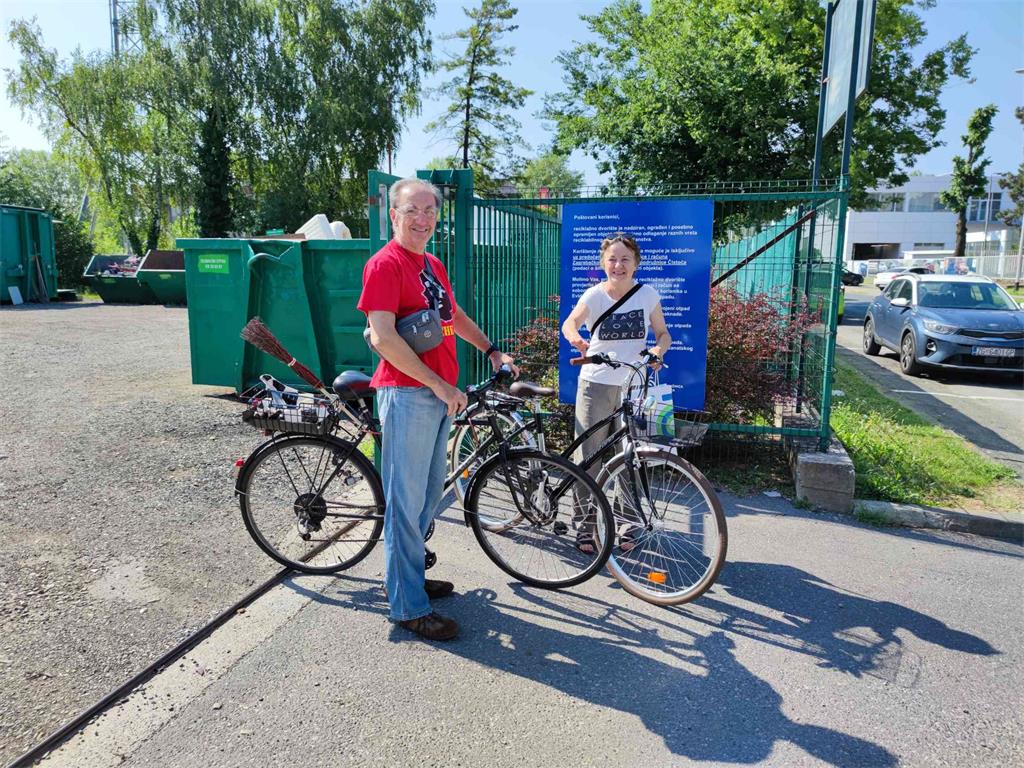 Judging by the disposed quantity of waste, citizens are still increasingly using recycling yards. From 2015 until the end of last year, the amount of waste received in the recycling yards of the Čistoća subsidiary increased by 26.7 thousand tons or 4 times.

We remind you that, in accordance with the Regulation on Waste Management and the Ordinance on the proceedings of the recycling yard, the Recycling Yards were introduced during last year, the Register on municipal waste, and the quantities of received waste are weighed by fractions and systematically monitored from entry to delivery.

Since the service users, citizens of Zagreb, while handing over waste to the recycling yard should present an identity card and system number of taxpayers and the facility (from a single payment slip), in order to simplify the process, in March this year, a 1D barcode was added to the single payment slip with data on the system number of taxpayers and facilities. When using a recycling yard, it is sufficient to show a photograph of the 1D bar code, which must be taken in such a way that it can be clearly displayed on the user's mobile device.

We invite citizens to get acquainted with the work schedule of 20 recycling yards on the website of the subsidiary where information is available on the types of waste that can be disposed of free of charge.